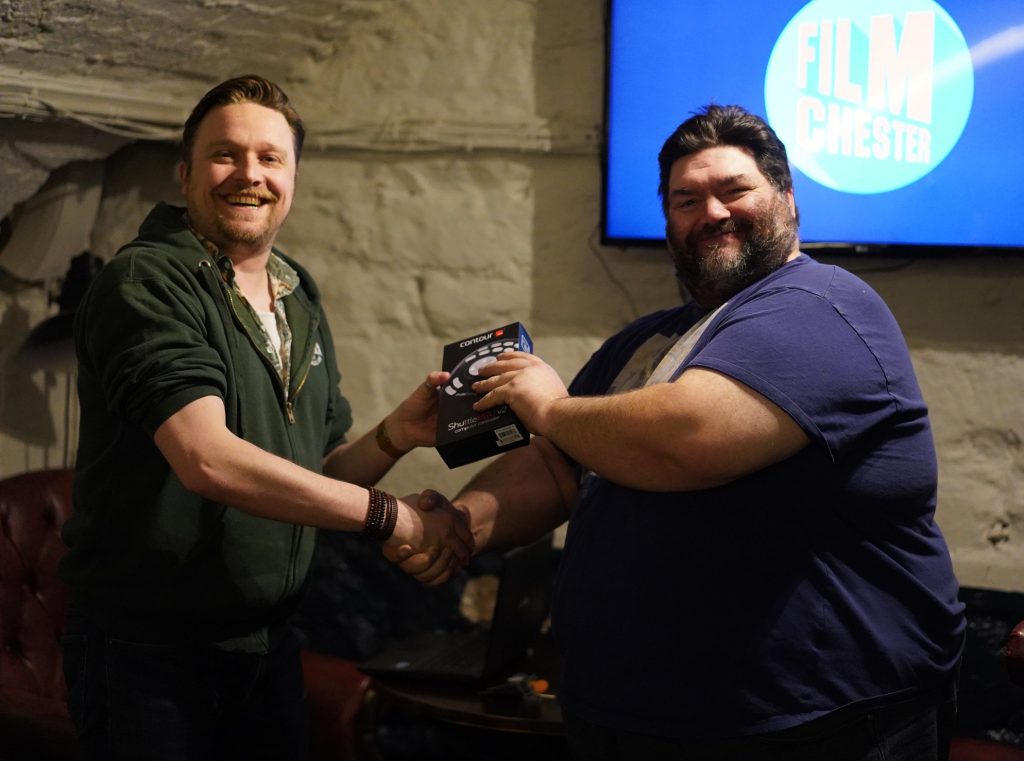 A run down of what happened...

The April Meetup was a cosy affair with a smaller than usual turn out, but that’s to be expected as it was Easter Bank holiday & loads of peeps were out doing their thing!
Some work was screened, some discussions were had – you know, the usual! 😉

The winner of the competition that was set last month for a Contour ShuttlePro v2 controller, was presented with their prize (see the embedded tweet in this post) & good times where had!